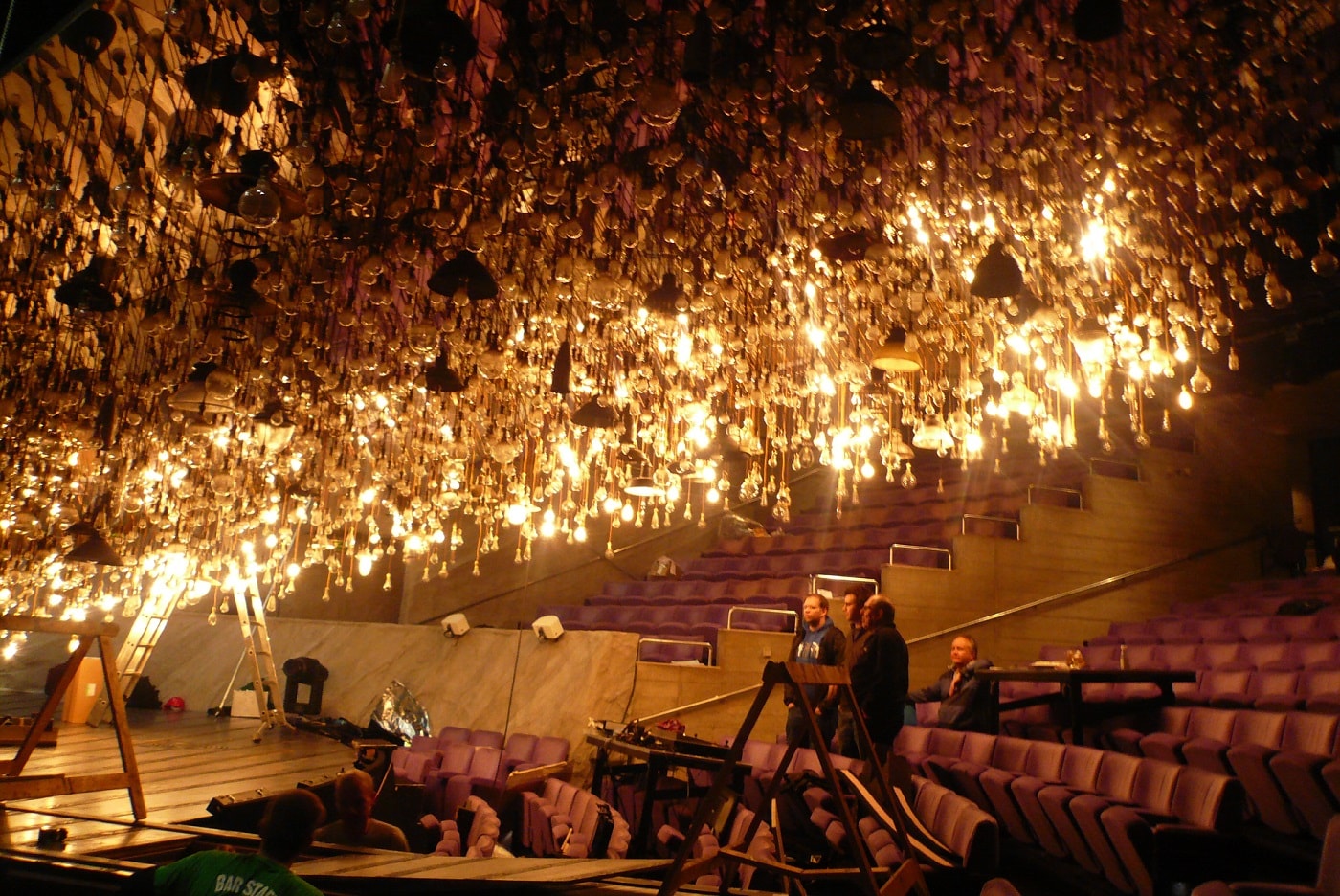 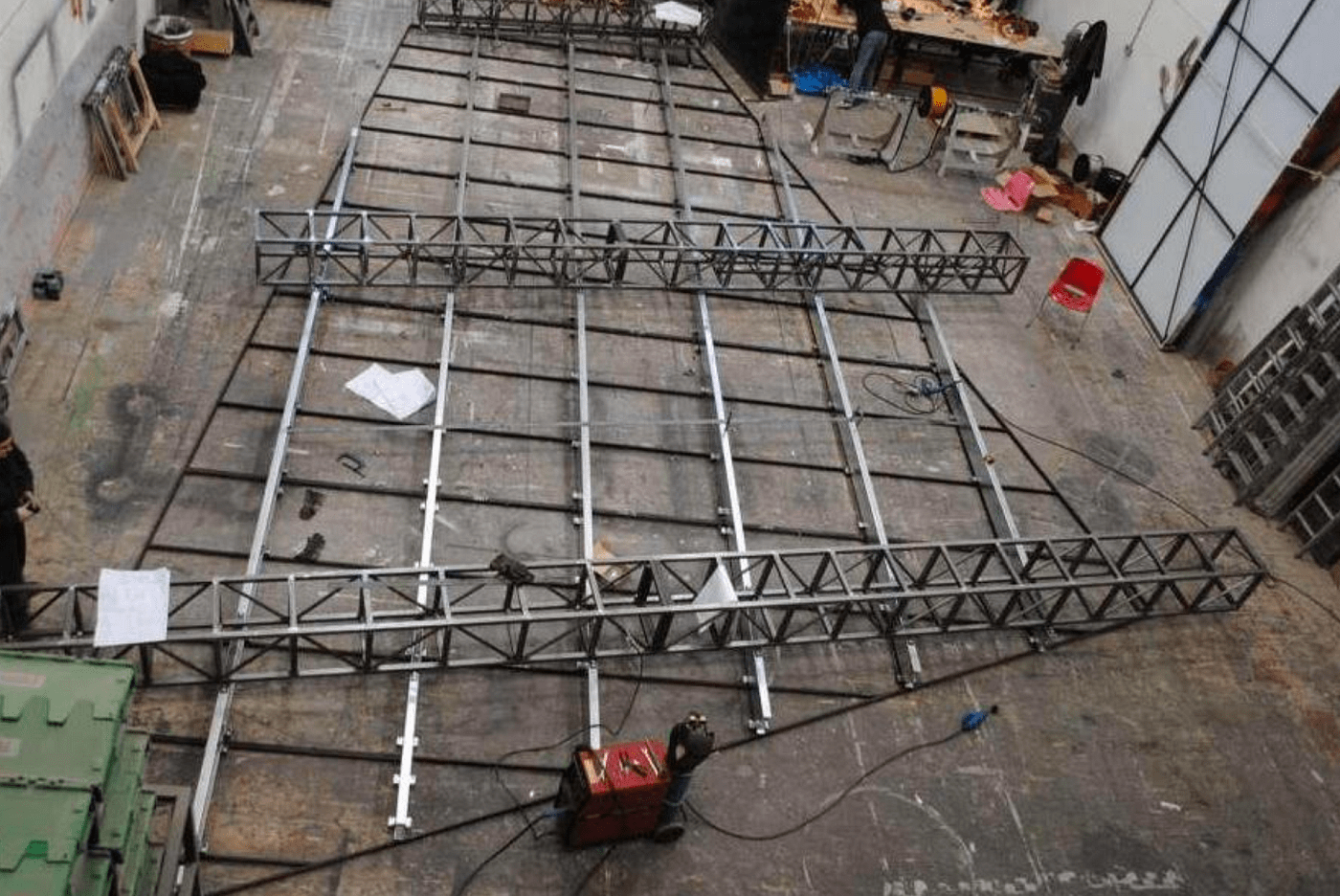 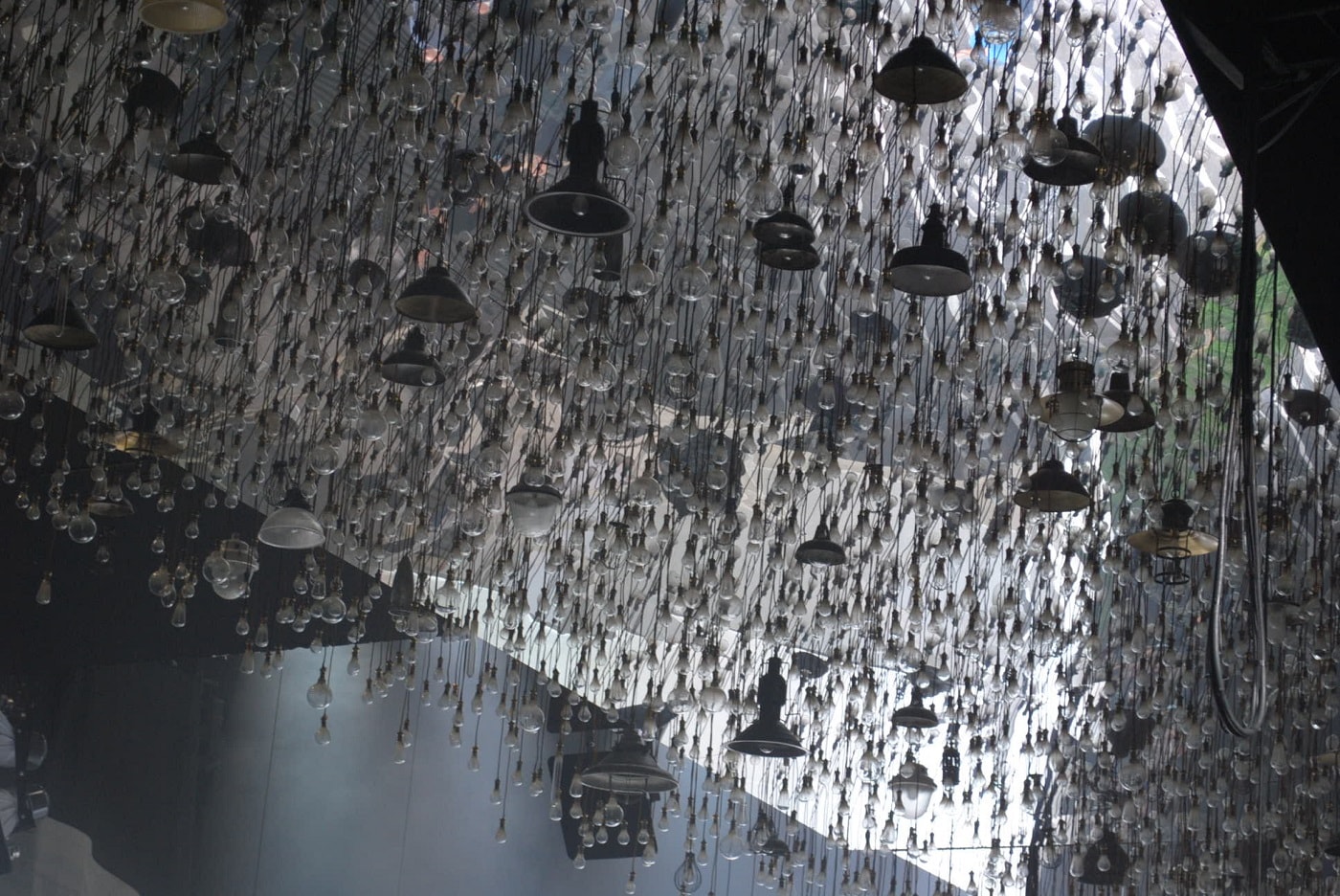 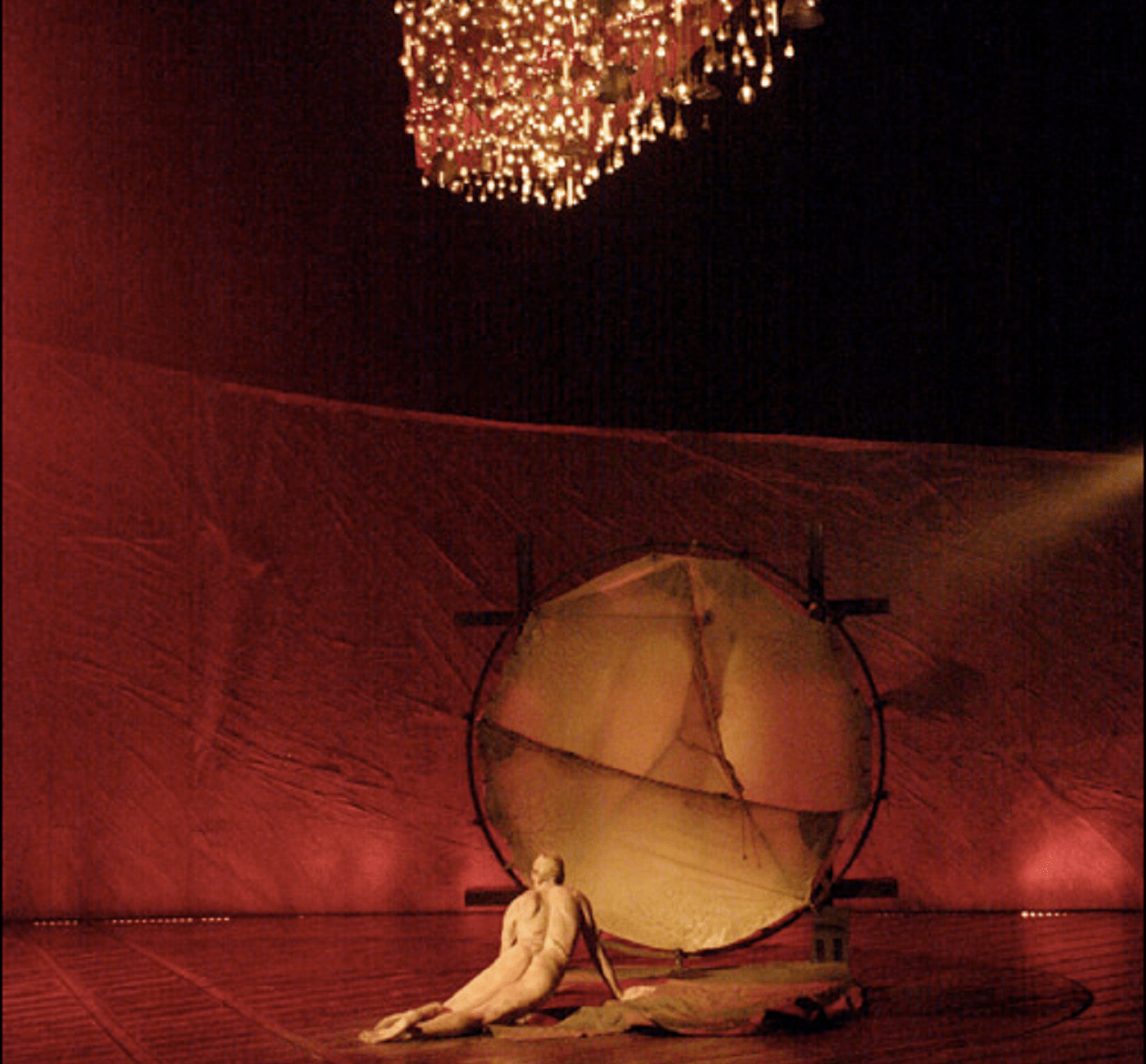 A hell of a production.
The Times

A monster hit.
Time Out

A thrill… the most viscerally exciting and stunning show in town.
Daily Telegraph

Scott Fleary were approached by the National Theatre to construct parts of the set for the new production of Frankenstein on the Olivier Theatre at the National Theatre. The design was wonderfully challenging, the section of the set we built were the curved rear wall, the pier that descended out of the grid, bell frame, and a lighting feature ceiling flown over the audience.

The most challenging aspect of the job was the ceiling flown over the audience. This ceiling at 18m x 9m, was mirrored, and had over 3000 individually controlled filament bulbs suspended at various lengths underneath it.

The first challenge was finding a method by which it could be flown in the auditorium, something that had never been attempted before in the Olivier Theatre. This involved on site visits with structural engineers and the technicians undertaking the rigging. This threw up many problems the main one being that the weight allowed was very low. Along with the exact positions from which it would be flown could not be fixed until more work had been done to survey the building.

With the time constraint construction had to begin to give the electricians time to wire up 3000 bulbs and all their controls. The structure had to be strong, light, able to hang from points not known at the time, and as it was flown it would have to rotate.

These restrictions drove the design of a series of trusses in the area of the likely flying positions, with a sub frame of pressed steel purling’s, as used in the roofs of steel framed buildings, and onto these frames the ceiling cladding was clipped in a series of panels. Each of these panels, clad with a plastic mirror, was unique with holes cut in them in a pattern through which the bulbs were hung. This initial design was done in house at Scott Fleary by Andrew Mitchell, then sent to a structural engineer for analysis and any modifications that would be needed. Once this was done and the weight could then be worked out and sent back to the National Theatre for them to work out how and where they could hang this weight from the building, in conjunction with their engineers.