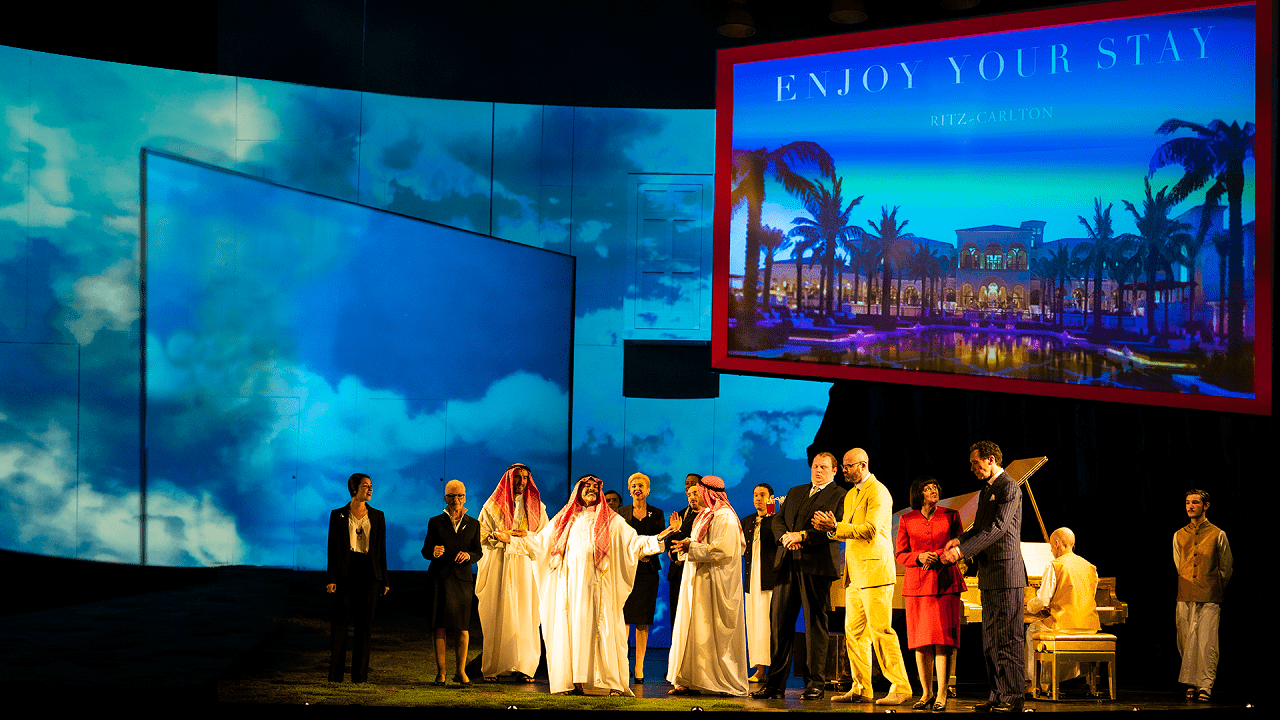 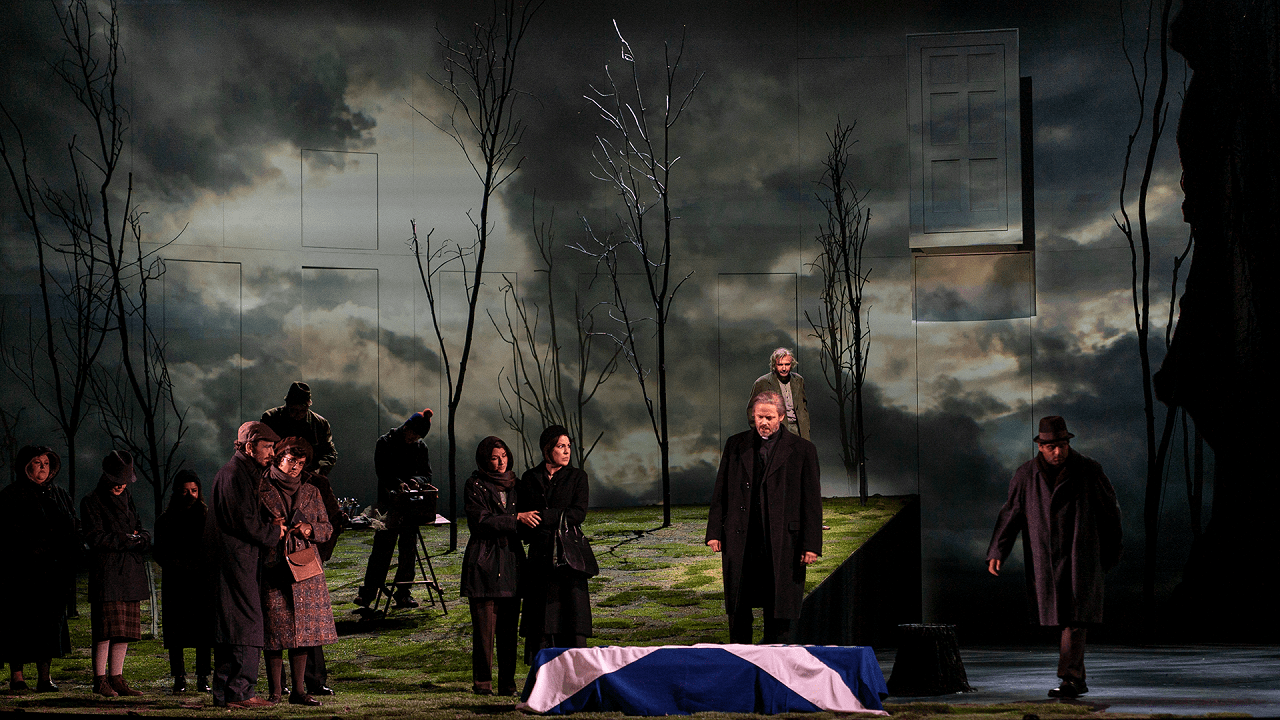 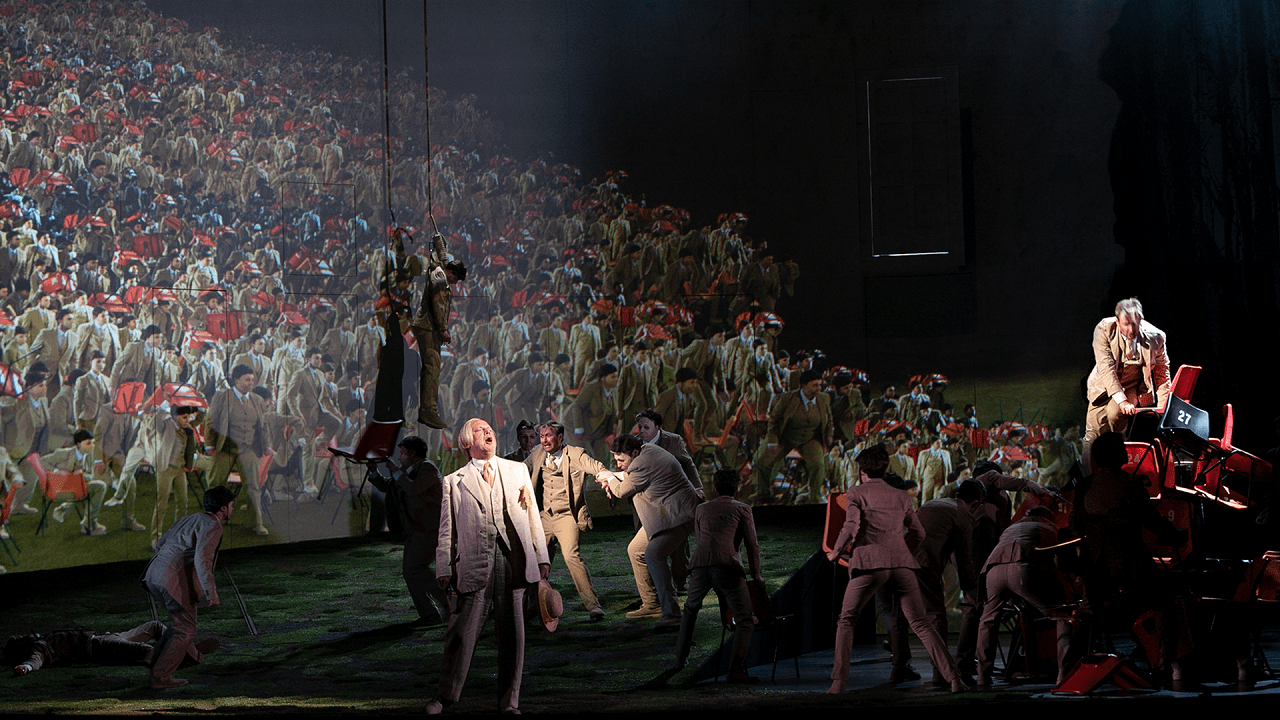 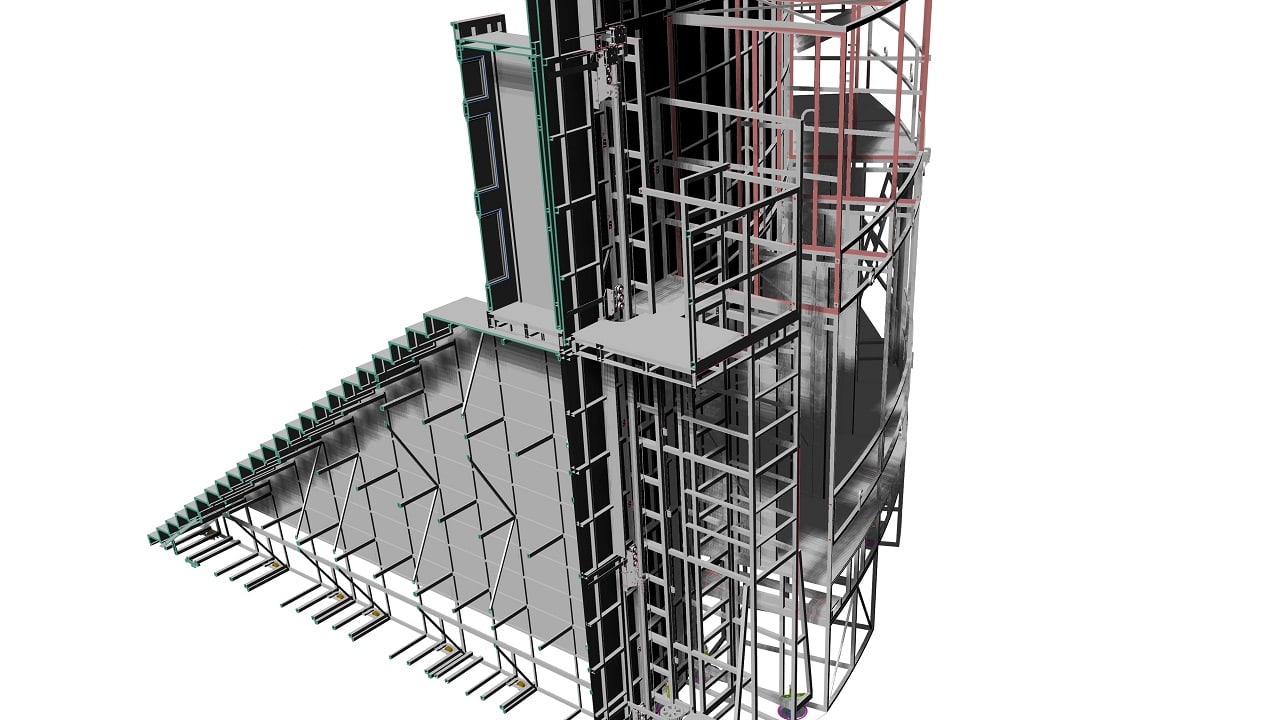 A sharp satire with an outstanding performance from James McArdle.
Guardian

The National Theatre’s production of Ibsen’s classic Peter Gynt in a new adaption written by David Hare. Directed by Jonathan Kent with an ambitious design from Richard Hudson that filled the large Olivier Theatre stage.

A cantilevered doorway opened 4m in the air as the wall below retracted and slid up with a staircase appearing below for an actor to descend on to. Hidden structure, mechanisms and motors were put in place. The sliding door had to be flush with the curved wall and then drop back and then slide open in one smooth operation. To do this, Scott Fleary project manager Andrew Mitchell used a wire system that is wound on and off a “big tow” winch in a continuous loop so that the closing of the door was done by using a pivot point on the door.

The staircase employed a rack and pinion system, complicated by the staircase moving at a high speed over uneven floor. The suspension of the motor engaging with the track had to be developed with several types of springs and dampeners so it could remain engaged while in motion.