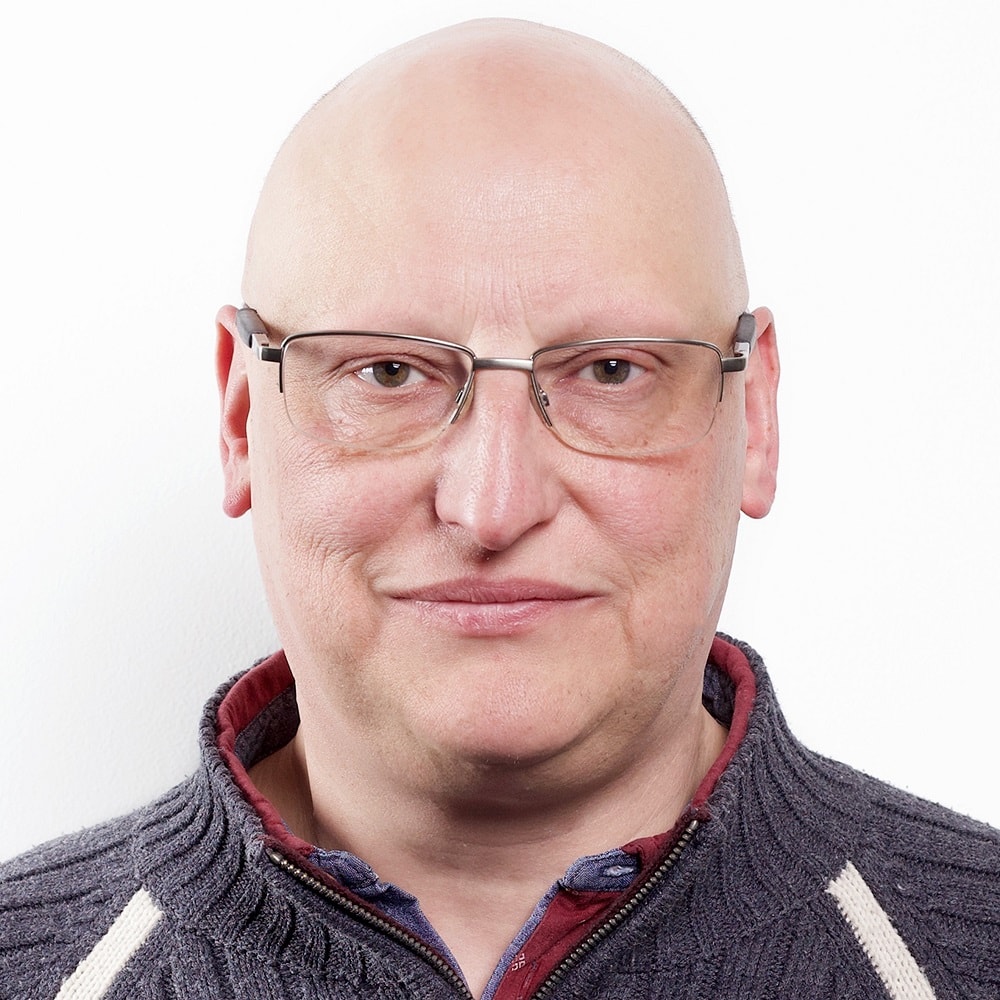 Matt P, as he is known here at Scott Fleary began his career as an Engineering Apprentice at Kimpton Walker Scenery, they really were the big boys of scenery in the 80’s and 90’s.

He achieved his City and Guilds, ONC and HNC in Mechanical Engineering.

Matt then embarked on a 20-year freelance career as an AutoCAD draughtsman, achieving an Advanced BTEC and City and Guilds Advanced in CAD Design – he is a superb power user of AutoCAD and has excellent managerial skills in Project Management.

He joined Scott Fleary in 2010, we knew his work and were so pleased he had sated his wanderlust.

Since starting here at Scott Fleary he has handled major projects like, Bloomberg 4k Studio, Winter Olympics 2018 in South Korea and the critically acclaimed Carousel for Chicago Lyric Opera.