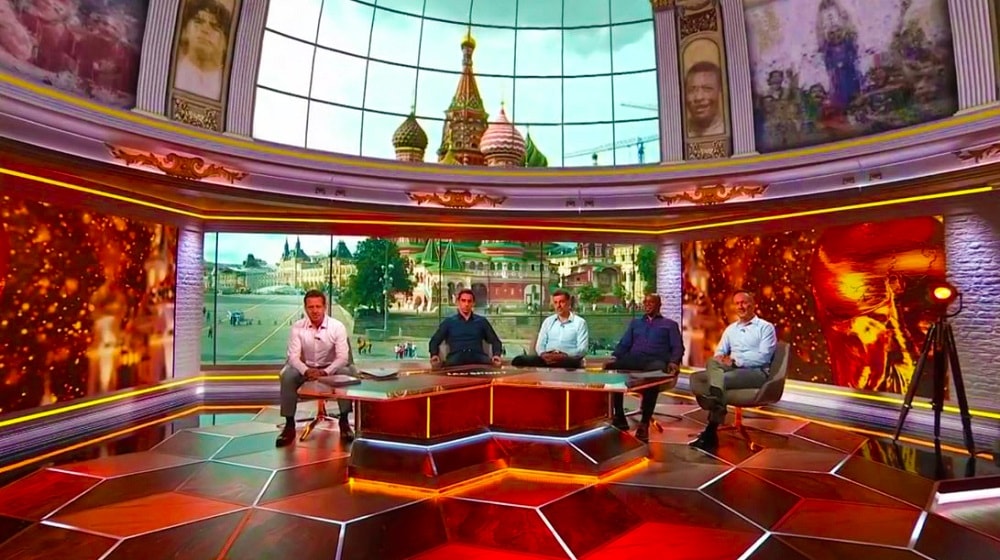 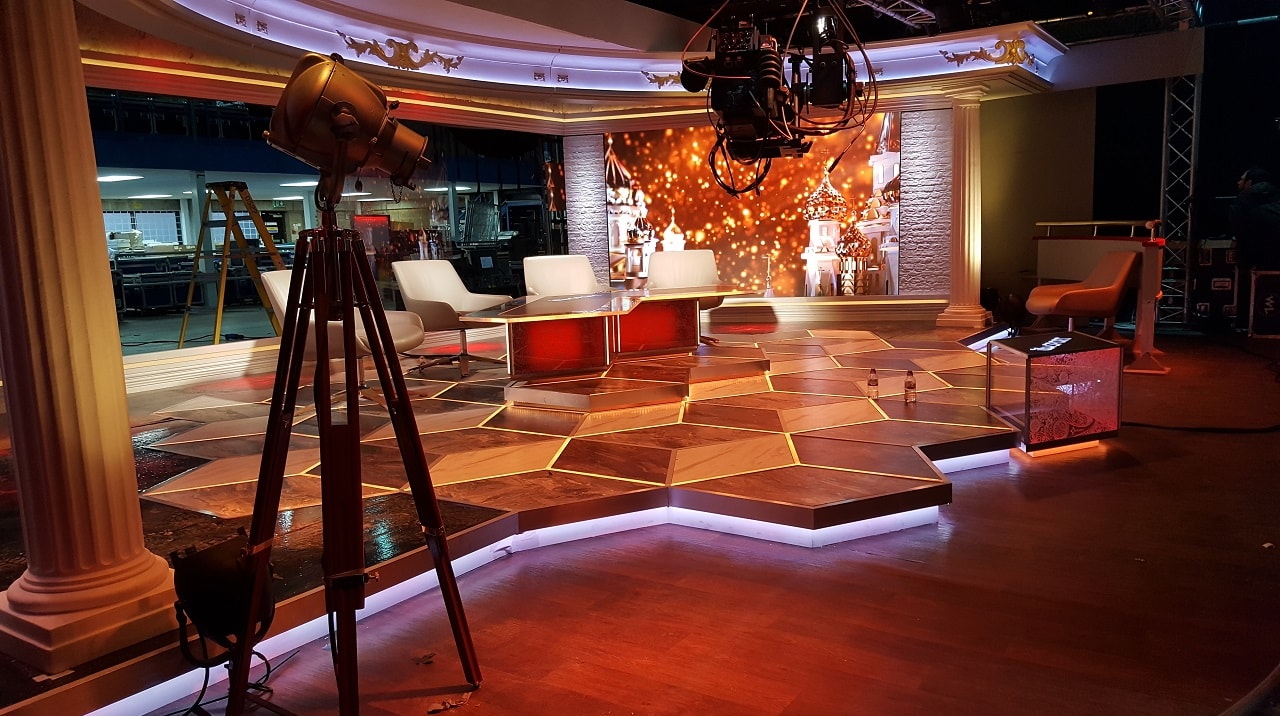 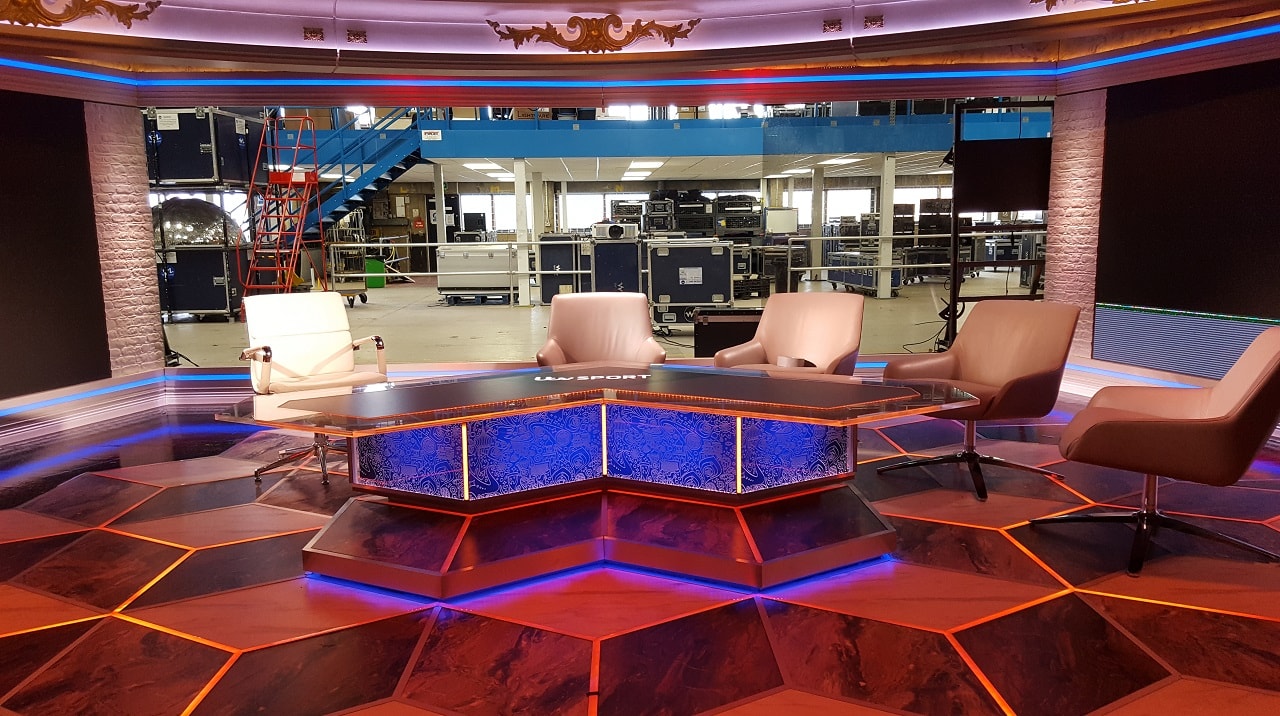 The largest football event in the world only comes around every four years and Scott Fleary were chosen to develop, manufacture and install the presenter’s studio for one of the major sports broadcasters in the UK, ITV Sports.

The set comprised of a raised stage with casing led around a 3-dimensional style cube shapes made up of three different types of flooring. An illuminated presenters’ desk & trophy stand with bespoke etched acrylic panels. Side screens with ornate header and columns. Along with a bespoke LED tracking screen. The whole set was dressed and themed to emulate the Russian circus & theatre.

Scott Fleary are always excited to work with ITV Sports and their senior director & executive producer Paul McNamara was delighted with how we realised his and the designer’s vision for this world event.

The Window behind the presenters can show the amazing view of St Basil’s Cathedral in Red Square, then during an add break several bespoke LED tracking screens are maneuvered in front of the window and locked in position to form a seamless LED screen that when tied in with the two side screens form a fully immersive enveloping view of the stadium that is currently being used to broadcast the match.

These screen frames & track were designed, developed, manufactured & installed by Scott Fleary. We even included a secondary hanging track to carry various density ND panels. These were maneuvered in front of the open window when the screens where docked behind the set. To regulate the natural light coming through the window and eliminate glare and silhouetting on the broadcast image.